Award-winning vocalist Lucia Cadotsch and acclaimed saxophonist/composer Wanja Slavin join forces with some of the leading voices in Berlin’s contemporary jazz scene to form a ten-piece orchestra as an extension of the LIUN + The Science Fiction Band. Together, Cadotsch and Slavin present Lily of the Nile, a vibrant acoustic reinterpretation of electronic pieces from their 2019 album Time Rewind.

Critically acclaimed singer Lucia Cadotsch is one of the most recognized voices in European jazz.  Her pure timbre and careful phrasing imbues every lyric she sings with warmth and emotional clarity. Wanja Slavin is a saxophonist, composer, and producer. His kinetic, rhythmic phrases, and adventurous melodicism as a composer and saxophonist has gained him international recognition as a bandleader and collaborator.

Together, Cadotsch and Slavin form the core of “LIUN + The Science Fiction Band – Live Orchestra”, a multi-headed musical hydra that presents a clever reversal of modern remix culture, where digitally produced music is remixed by other electronic musicians. Lily of the Nile makes a compelling case for working in the other direction, taking the digitally produced songs of their debut and reinterpreting them with acoustic instruments, in the process, reinventing what is possible for a vocal jazz ensemble to look like in the modern age. Heartcore Records is honored to release their sophomore album Lily of the Nile, a series of kaleidoscopic orchestral and acoustic reinterpretations of songs from their previous 2019 album Time Rewind.

This exciting new collaboration finds Cadotsch and Slavin working with eight orchestral musicians including Magnus Schriefl on trumpet, Kati Brien on alto saxophone, clarinet and  flute, Julius Gawlik on tenor saxophone and clarinet, Sascha Friedl on flute, Shannon Barnett and Johannes Lauer on trombone, Manuel Schmiedel on piano, Felix Henkelhausen on double bass, and Fabian Rӧsch on drums, all of whom are some of the finest jazz musicians working in Germany and abroad today.

Cadotsch and Slavin see jazz, not only as their musical heritage, but also as a compositional perspective that allows them the freedom to reinterpret their music at will to suit many different contexts. They exercise this freedom beautifully on Lily of the Nile. The static propulsion of drum machines on “Let’s Make Love” are replaced by fluid acoustic drums, the atmospheric synthesizer lines on “Kiddo” are blown up into swirling technicolor woodwind arrangements, and programmed melodies shift into the rhythmic strut of horn arrangements and improvised saxophone and trombone solos. Lily of the Nile also includes two brand new songs from LIUN’s ever-evolving live sets, the somnambulant “Medusa’s Champagne” and the swaggering “Bright Eye”.

Cadotsch and Slavin are close friends who have known each other for years, and unlike many of their contemporaries working in modern jazz ensembles, they often write together in the same room, in Slavin’s home studio in the woods outside Berlin. This creative intimacy propels their music to staggering heights, and the musical chemistry between these two gifted musicians is clear. Lily of the Nile is a triumph of an album, and an evocative statement on how to think like a jazz musician in the 21st century.

Lily of the Nile is now available for pre-order and will be released on November 4th 2022.

LISTEN TO THE SINGLE “BRIGHT EYE” 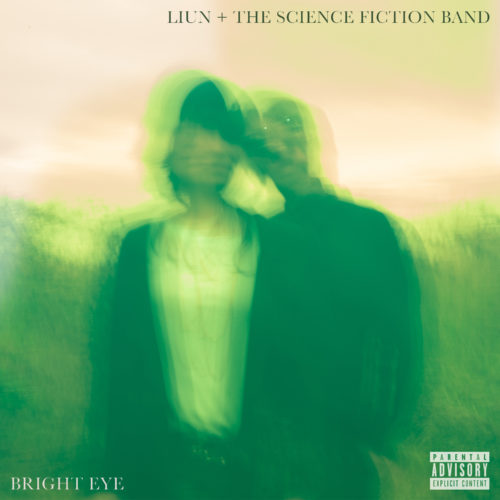