“When I first met Pedro Martins I was presiding over the Montreux Guitar competition in 2015 with John McLaughlin and other distinguished judges. We unanimously chose Pedro for first place. His playing was warm and personal, advanced on the instrument and very musical. As I got to know Pedro he played me some of his songs, which I loved. Beautiful melodies and sophisticated and organic harmonic movement, excellent from a formal and thematic point of view, rhythmically unique with a deep groove.

But there was something more profound coming through as well- a depth of maturity and soul- what music is really about- the human condition, the way that music can accurately express complex feelings and emotions deep within the heart: Duende; the Blues.

I discovered that he had been growing up listening to my music, and when I asked him to sing a song of mine on my last album, Caipi, he actually already knew it, having got a hold of a demo of that song 8 years before when he was 15 years old. I was shocked- totally surprised. But thats Pedro- whatever he hears he learns and is always investigating new music, old music, all music.

Thus began a close collaboration and friendship which saw us working together to finish the Caipi album and to form the Caipi band, which we toured extensively around the world in 2017. Since then we have been working together on Pedros album, “Vox”, which is now finished and I’m proud to release on my Heartcore Records label. Pedro plays most of the instruments and sings, not only is he an incredible guitarist and brilliant songwriter, he is also a formidable drummer and pianist, keyboardist and singer.

I couldn’t be more proud to have helped bring these amazing songs into manifestation. So without further ado I introduce (to those who don’t already know) a great new artist of our times Pedro Martins, and his album “Vox”. 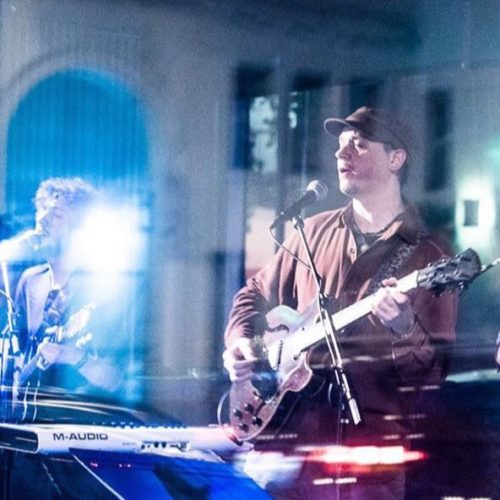