Composer, multi-instrumentalist, bandleader, and Heartcore Records founder Kurt Rosenwinkel is acclaimed as one of the finest jazz guitarists of his generation, but many might not know that he is also an accomplished pianist. Heartcore Records is proud to present Kurt Rosenwinkel Plays Piano, an album of original compositions written and performed by Kurt Rosenwinkel. Some songs have been recorded and performed before, and will be familiar to fans of Kurt’s music. They are presented here as solo piano pieces, with the melodies, chord voicings, and rhythmic structures of these pieces intact and unadorned by the interpretation of bandmates. Listeners are afforded a glimpse into Kurt Rosenwinkel’s long relationship with the piano, as well as rare insight into his probing compositional mind.

The piano was the first instrument Kurt ever played, and the piano has always had a physical and energetic immediacy to it which allows him to lose himself in the act of making music. The piano has been a constant friend and source of musical inspiration over the course of his life. Some of Kurt’s earliest musical memories were formed by the sounds of the piano. His mother studies the classical repertoire, and to this day practices Chopin, Scriabin, Rachmaninoff, and Brahms. His father was an improviser, retreating to the piano in the spaces of life, half-reading a tune out of a Gershwin or Cole Porter book and filling the house with music. It is this sonic terroir which continues to nurture the seeds of Kurt’s own development as a musician, and is crucial to understanding the diligence of his practice, and his fearlessness as an improviser.

It has always been the role of artists and musicians to empathize with the world around them. Weltschmerz is a German word, roughly translated to ‘world-pain’ or ‘world-weariness’. For Kurt, it articulates an unspoken reason for making music he shares with his father Lester. Music is a way they both sought to transform the inner sadness of the world and manifest a more loving and spiritual reality.

Kurt Rosenwinkel Plays Piano is a document of Kurt Rosenwinkel’s long compositional history with the piano, and a love letter to his father, Lester Rosenwinkel, a lifelong musical and spiritual ally. May his spirit inhabit it, and find rest.

The first two singles, ‘Heavenly Bodies’ and ‘Love Signs’ are now available on all digital platforms. The full version of the album is now available for pre-order as a CD and digital album exclusively on Heartcore Records. 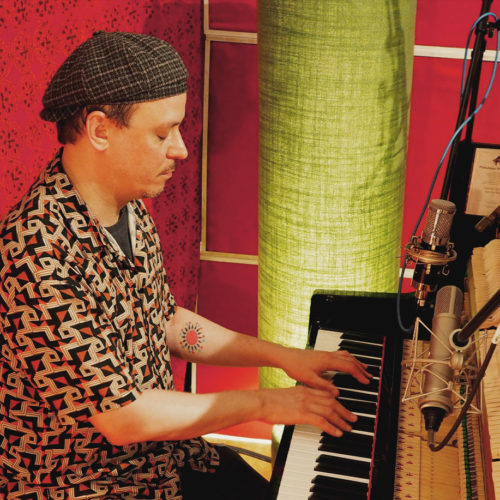