Since the initial release in 2003, Kurt Rosenwinkel’s Heartcore has been lauded by listeners and musicians alike for its forward-thinking vision and conception and seamless integration of electronic elements with acoustic jazz interplay. The album features Kurt Rosenwinkel on guitar, voice, and synthesizer, Mark Turner on saxophone, Jeff Ballard on drums, Ethan Iverson on piano, and was produced by Q-Tip of A Tribe Called Quest. Much has changed since the early 2000’s- all of the musicians involved with Heartcore have since risen to the forefront of the global contemporary music scene, and the album itself has gained the status of a ‘cult classic’ in many circles. Music technology has changed and advanced as well, and the possibilities of digital home studio production are nearly endless. Rosenwinkel has moved on from Universal Music to create his own label, the aptly-titled Heartcore Records, where he continues to push the boundaries of his art.

Now, Rosenwinkel and Heartcore Records plan to release an updated version of Heartcore, remixed, remastered and including a bonus track from the original sessions. This new version of Heartcore promises to be even more spellbinding than the first iteration, and will be released as a top quality Double Vinyl LP in limited production. In addition, we are re-tracking Kurt’s brilliant composition “Love in the Modern World” with a live chamber orchestra, whereas the original is MIDI.

In order to accomplish this ambitious and unparalleled project, Heartcore Records is asking for your help to raise the capital needed to complete this project. We want you, the listener, the avid supporter of creativity to be involved as we aim to reach our $18,000 crowdfunding goal. Each and every contribution moves us one step closer to achieving this milestone.

GO TO THE CAMPAIGN 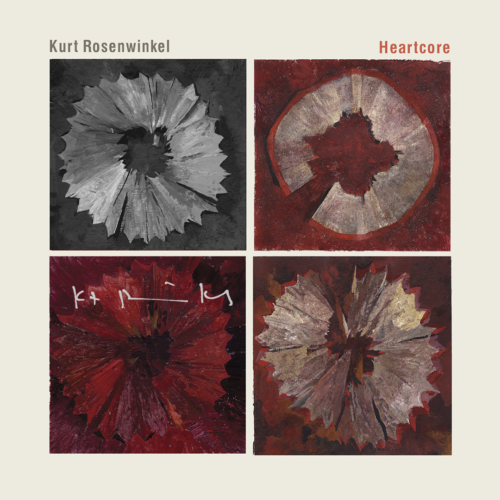