Heartcore Records is proud to present Introducing Cecil Alexander, Alexander’s debut album as a bandleader, featuring Will Gorman on organ and Steven Crammer on drums. Alexander’s playing is steeped in the rich history of the guitarists that have come before him, and he carries this torch into the future, breathing new life and passion into guitar-based jazz.

You may already be familiar with Cecil Alexander’s guitar playing from Instagram. He is one of the most promising young guitarists on the jazz scene today, and the Michigan son’s singularly soulful, harmonically rich voice as a soloist and his impeccable alternate picking technique has gained him a dedicated fanbase of almost 40,000 followers, among them some of the world’s most respected musicians. His guitar prowess has also landed him a coveted teaching position at the legendary Berklee College of Music.

Introducing Cecil Alexander is dedicated in tribute to Alexander’s dad, Cecil Alexander Sr. who passed in 2019. He introduced his young son to albums by Grant Green, John Coltrane, Donny Hathaway, and The Crusaders, all artists that would exert an enormous influence on Alexander. The opening song on the album, “Bright Green” is a tender ballad which gets its title from two sources: a childhood story in which Alexander Sr. got into a playground fight which resulted in a bright green grass stain on his jacket, and an homage to the pivotal influence of Grant Green on Alexander’s guitar style, with whom Alexander Sr. shares a birthday. Alexander weaves this dreamlike familial poetry all throughout his debut with incredible finesse and care. There’s “Shug” an angular, aggressive song inspired by the growing pains and arguments a teenage Alexander would have with his dad, propelled by Alexander’s fiery modal melodies, Crammer’s incessant swing and Gorman’s dissonant harmonies. “Nansen” is a tribute to Alexander’s wife and their habit of humming little melodies with each other when they go on walks. “Talk Shop (Jonda)”, is a portmanteau of his wife and sister’s names, a loving tribute to women in his life, articulated with Wes Montgomery octaves, and the warm expansive harmonies of The Crusaders.

Introducing Cecil Alexander is also full of covers that have inspired Alexander over the years. Coltrane’s “Central Park West” is a song Alexander remembers being moved by at a very early age, long before he understood it harmonically. “Til Then” is a 60s post-bop Bobby Hutcherson tune that Alexander has covered so many times in so many different bands, that he felt that the universe was telling him to release it. There’s a version of Donny Hathaway’s “Someday We’ll All Be Free”, a soul classic who’s eminently hopeful lyric reflects something of Alexander’s own spirit as a kind and openhearted person that lifts up and celebrates the people he loves through his music.

“I first heard Cecil while watching a livestream of Smalls Jazz Club jam session,” says Heartcore Records founder Kurt Rosenwinkel. “I like to check in with my old musical home from time to time where so many great musicians got their start. A guitarist started his solo and it was Cecil– playing beautifully– just killing it. Ideas and chops and sensitivity. Everything we want to hear and everything we want to play. I was an instant fan! I realized he didn’t have an album out and his playing is exactly what Heartcore Records is all about so I reached out to him and asked if he would like to make an album with us. I couldn’t be happier with the result and I’m proud to have Cecil as an artist on Heartcore Records.” 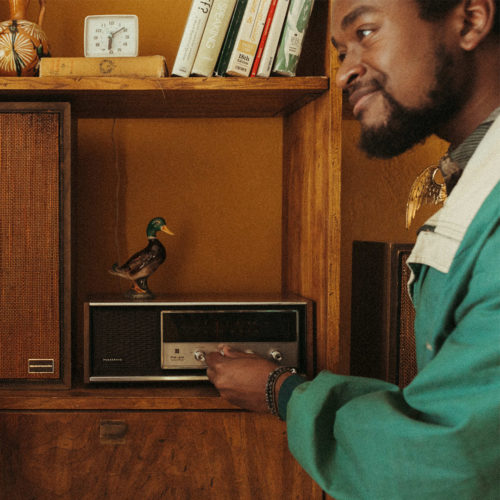