On April 16th 2021, Heartcore Records releases “Nohebo Al Salam”, the result of a unique artistic collaboration between Michaela, Kurt Rosenwinkel, Kimbra, Michael League, Eric Harland, Rachel Z, Mark Turner, Husam Alali, the children of MitMachMusik orchestra and the German Red Cross refugee camp in Berlin, Germany. “Nohebo Al Salam”, an Arabic title which translates to “We Love Peace”, is a traditional Andalusian folk song from Morocco, a land where many ethnic identities converge upon each other and melt into one. The chorus section of “Nohebo Al Salam” speaks of a thousand times peace, a message delivered by the choir of twenty children, ages five to eighteen, who in total speak five seperate languages and come from globally diverse points of origin and cultures.

“Nohebo Al Salam” is now available as a digital download from Heartcore Records website. All proceeds from sales of “Nohebo Al Salam” will directly fund music education and music education resources for children housed at Gemeinschaftsunterkunft Fritz-Wildung-Straße, Berlin, Germany- a refugee camp that currently accommodates over sixty children.
Heartcore Records seeks partnerships around the globe as it creates “Heartcore for the World”, a ten year, ten song project -one song per year created with and for children in challenging situations all over the world. The people of Heartcore Records believe that music has an unlimited potential to connect, heal, and uplift hearts all over the world, and are committed to fulfill this goal through their continued efforts. 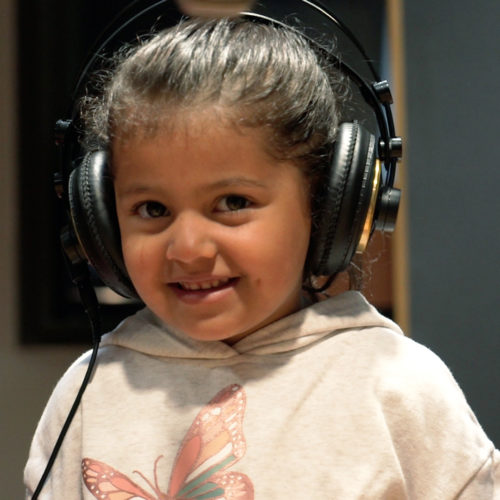