Today December 12th, 2017, Heartcore Records released a new song “Ni Chikondi (About Love)”, in collaboration with the Mthunzi Center for former street children in Lusaka, Zambia. All the proceeds from digital sales will fund the purchase of musical equipment for the Mthunzi center, a home that currently houses over fifty children. Co-written by Kurt Rosenwinkel and the children, the song also features the prominent jazz musicians Aaron Parks and Dave Douglas as guest performers.

Heartcore representative Michaela Bóková undertook the rehearsal, recording and production of the song; “The kids showed so much talent and creativity. We successfully built a twenty-piece choir and recorded seven children rapping in English and in their native language, Nyanja. Spending a whole month among them was a very unique and joyful experience,” Bóková remembers.

“The structure of the song gave the kids a lot of space to express themselves,” says Heartcore Records founder and CEO Kurt Rosenwinkel. “It was perfect how they responded to the music and put so much of their hearts and souls into this experience. I am proud to be a part of this and thanks all the people who contributed their talents and energies to make this happen. I hope everyone buys this song to help the centre.”

“Ni Chikondi” was made in an improvised recording studio located within the Mthunzi Center. The studio was built by a former resident and current employee of the center, Chakwe Daka. “Some of the kids create music almost every day,” he says. “Musical instruments and good equipment would be a huge benefit to their education.”

Following the release of “Ni Chikondi” Heartcore records intends to continue supporting the Mthunzi Orphan Center through the Heartcore for Africa program. Additionally, Heartcore will seek out partnerships with similar organizations around the globe. Representatives of Heartcore Records believe that music has an unlimited potential to connect, heal, and uplift the hearts of people all over the world, and are committed to fulfil this goal through their continued efforts. 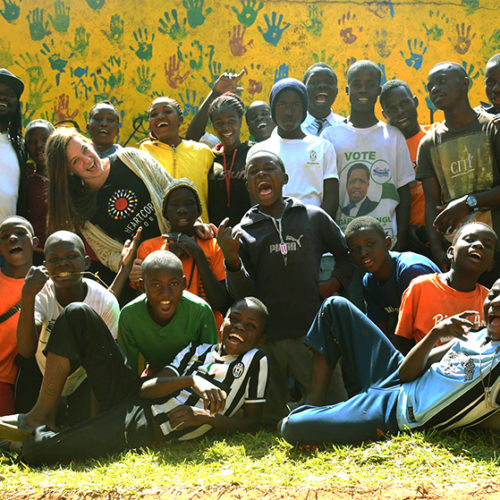