Heartcore Records artist Daniel Santiago releases “Open World” from his forthcoming album Song for Tomorrow. A catchy and unique blend of Brazilian spirit and classic rock and funk “Open World” also prominently features the soaring guitar of modern music legend Eric Clapton. Through this special collaboration, the label is elated to introduce Daniel Santiago, a veteran musician of endless depth and artistic vision, to a new world of musical listeners.

In his new single produced by the Heartcore Records owner, jazz visionary Kurt Rosenwinkel, Daniel Santiago asks the listener to “Imagine an Open World,” with no boundaries and clear purpose and intent. Sailing on the winds of Clapton’s triumphant guitar licks, “Open World” is imbued with a positive hopeful energy that is the mark of true musical artistry.

Santiago, who was featured alongside Pedro Martins at the 2019 Crossroads Guitar Festival, elucidates the karmic energy of his new album, “For me having Eric involved with this project is like a dream. My father and I went to see him in Brasilia when I was nine years old, and he has been one of my heroes ever since. Thirty years later I was invited to play at Crossroads, and at this moment I felt my entire life pass me by in one second. To have Kurt Rosenwinkel producing the record is equally powerful, as he and Eric have been the major guitar inspirations in my life. I feel so fortunate and grateful to be creating alongside them on Song for Tomorrow.”

“Open World” features Santiago on acoustic guitar, percussion, synthesizer and voice, Pedro Martins on bass and electric guitar, and Alasdair Bouch wrote lyrics. Santiago spoke of the process from his home in Brasilia, “I remember when we were recording Open World and I showed the song to Kurt, the chords and the melody. There was such a sympathetic vibration in the room, and we connected through a deep understanding and love for music- Rush, Supertramp, Bee Gee’s, Pink Floyd, Milton Nascimento, and so on.” These sympathetic vibrations seem to be the language of Daniel Santiago, who invites us all on a journey into imagination, a chance to explore our “Open World.”

The full album “Song for Tomorrow” will be available on Heartcore Records as a vinyl, digitally for purchase and all digital platforms on April 9th 2021. 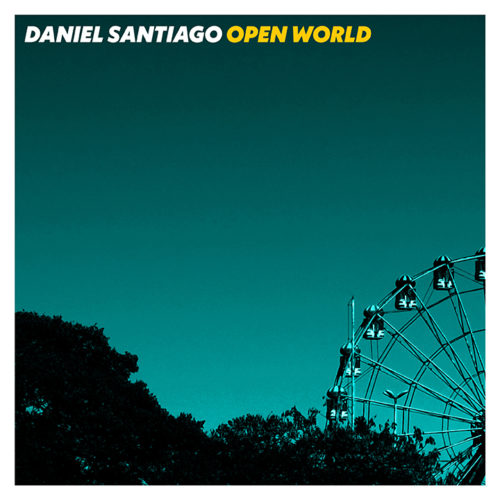